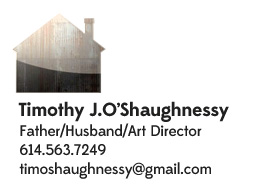 Made in Collaboration with IMAGINARY FORCES (NYC)

The EURO 2016 animation and graphics package was designed with the intended goal ‘to make each frame something the viewer would want to rip off of their TV and hang on their wall’. We chose to leverage location and play off specific design crutches that define the aesthetic of the look. Those being: pencil sketch (old street art), glass and refraction (the Louvre), mechanization (French Industrial Revolution), cartography and dimensional paint. We collaborated with our new friends at Imaginary Forces in New York. Together we had a truly collaborative process where we threaded ideas together and merged pipelines. Jeremy Cox, CD at IF, was a huge part of what made this look so special. He mastered the tactile paint into 3d workflow as well as combed over elements for countless hours. The render quality of Dale Harney’s (Sr. Lead Animator at ESPN) animations and comp settings established the looks benchmark from the start. The logo form designed by Sr. Lead Designer at ESPN Renata Sedzimir, was our initial launching point.

With this look we reconstructed flags in a way that no network has before. We physically painted them, and then mapped those paint strokes into 3D space to give these national marks dimensionality. The crossover between practical elements captured on camera over green screen and then manipulated in 3D was a new process for sports animation packages.

Skills: Art Direction
Back | Previous | Next